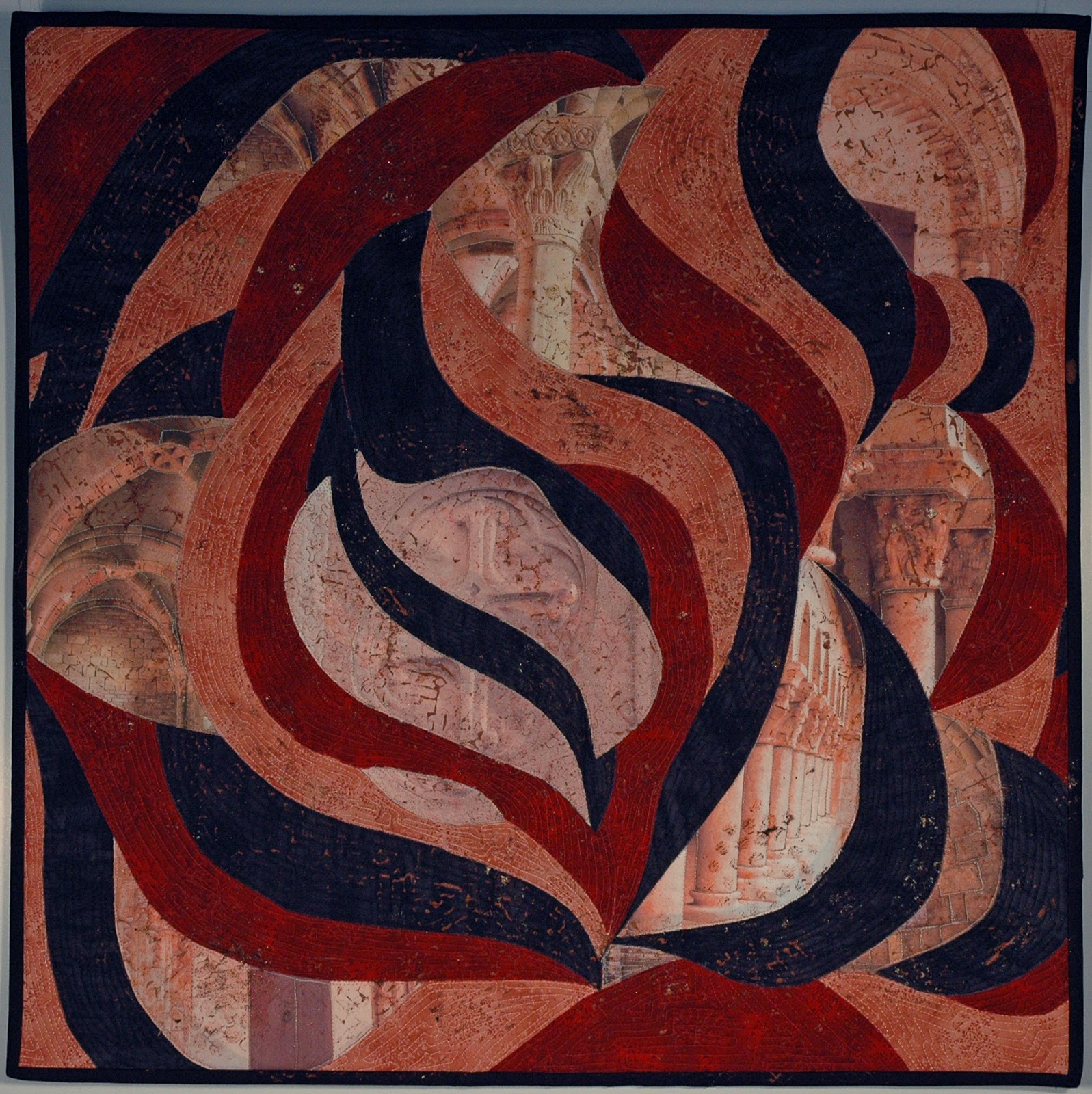 "Ruins II" is 24" X 24", slightly larger than the original "Ruins".  It incorporates images from some of the same structures as "Ruins", but mostly different views.  I include it in the Celebration Series for the same reason cited in my earlier post, because it contains the streamers and ribbon-like patterns that symbolize that series.  While I really enjoy the free-form structure of the Ruins pieces, I have been working on a separate series that I am expanding with additional pieces.  I have not yet shown them anywhere, but have committed them to exhibits this year, hence I am not posting photos of any of them as yet.  I may post a detail of one of them in an upcoming post to provide a flavor for the color and theme of that series. Just a hint:  the colors are those that I see in the Santa Ynez Valley vineyards at harvest time.
Posted by Belinda Hart at 1:31 PM 1 comment: 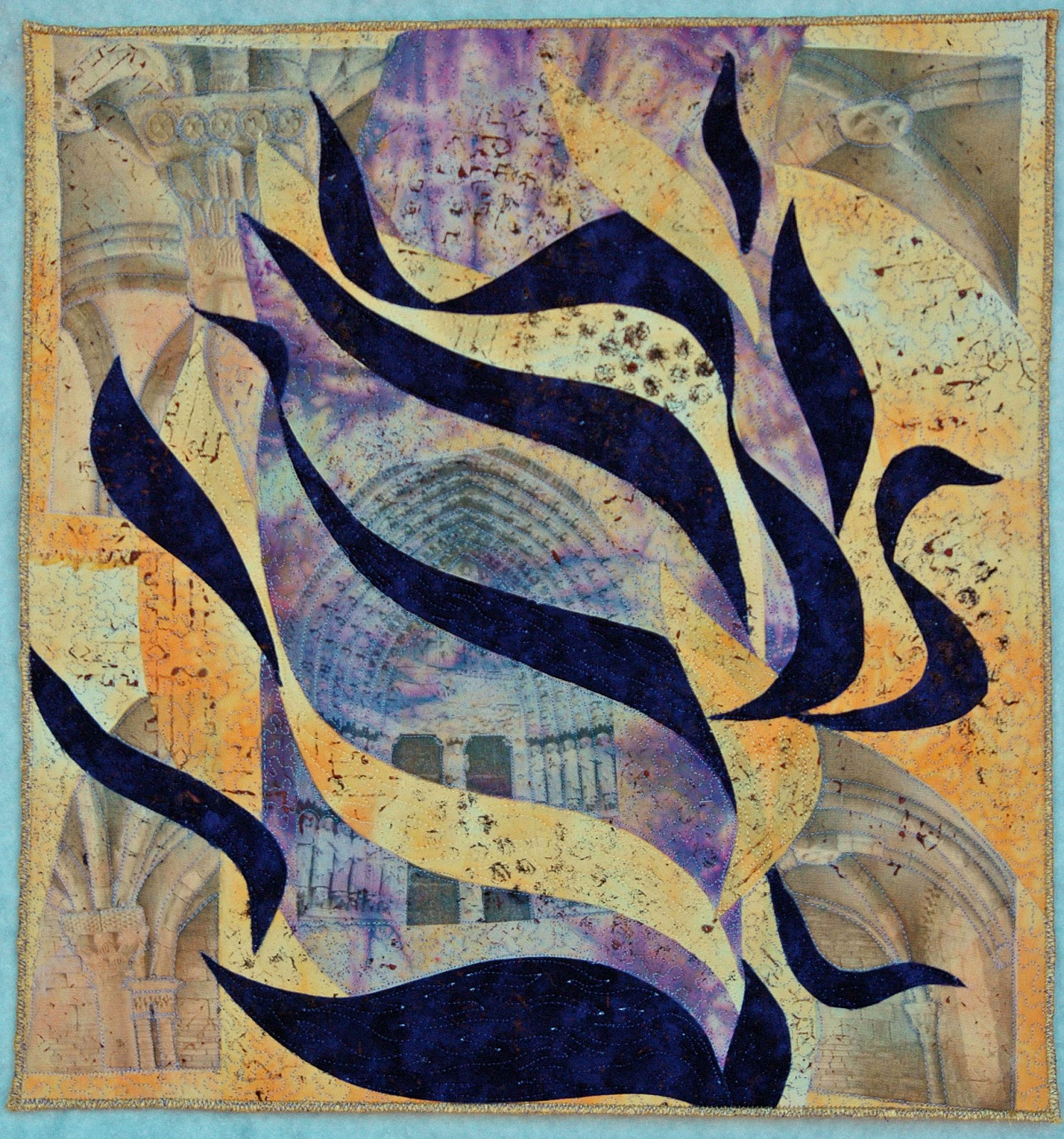 "Ruins", 17" X 17", while in my Celebration Series, takes a slightly different approach.  Instead of screened images, which appear on the earlier Celebration pieces, I have incorporated photos taken in France and Italy of churches, monasteries and remains of historical structures.  The piece does have the suggestions of streamers or confetti that distinguish the Celebration works. This piece was in Fibervision's Cabrillo Art Pavilion exhibit in Santa Barbara, summer of 2013. I have just completed "Ruins II", which will be in an exhibit or two in 2014.
Posted by Belinda Hart at 12:48 PM No comments: